Another NHL preseason has been completed and the regular season is set to start tonight. Upon looking over the point standings in the preseason, it is shocking to see teams like Toronto and Columbus leading their respective divisions (albeit they played more games than other teams within their divisions).  This led me to search for a correlation between preseason and regular season success.  After mulling through the myriad amount of information available for other sports, namely the NFL, it led me to create my own.  Once collecting the data, I was able to run some common statistical tests using STATA.  Unfortunately, the relationship was extremely weak.  I produced a graph to illustrate the results below.  In order to account for the difference in the number of games played in the preseason, I measure success using a points per game variable.  This can be compared to the points per game each team earns in the regular season. 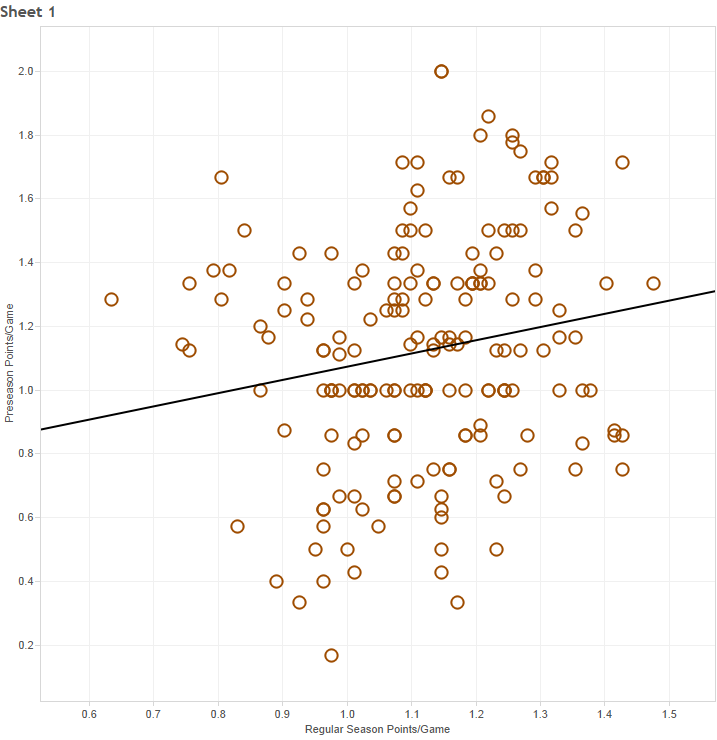